How to Secure Your iPhone & iPad in 5 Simple Steps 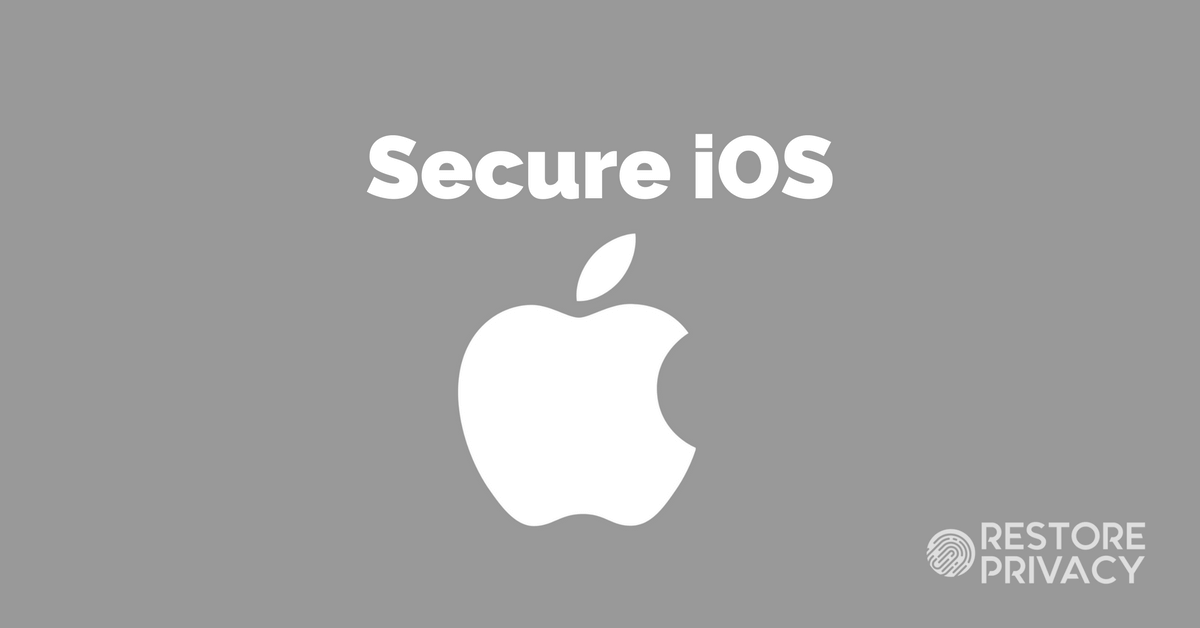 Is your iOS device secure and protecting your privacy?

iPhones and iPads are susceptible to many privacy and security threats. Making matters worse are applications that act like giant data vacuum cleaners – quietly suck up as much of your data as possible. Private data is collected and sent back to the parent company for analysis, storage and sale to third parties (browsing history, social media activity, physical locations, contacts, messages, etc.).

There’s also a growing security and privacy app industry. Unfortunately many of these apps are dangerous and invasive – such as free ad blockers that sell your data and partner with advertisers. There are also many free VPN (virtual private network) apps that contain malware, tracking, and other privacy threats – see the free VPN guide and the VPN Warning List for more information on these dangers.

But not to worry – there are good solutions that do not involve downloading a bunch of shady privacy apps.

Given that most applications are harmful to your privacy, consider deleting everything that is not absolutely essential. Here are a few categories of apps that are especially problematic when it comes to privacy:

You should consider most apps as potential privacy threats. With bad apps, you might not find out they’ve stolen your data or messed up your device until it’s too late.

So if it’s not absolutely essential to your life, just delete it.

Step 2: Encrypt your internet traffic with a good VPN

VPN (virtual private network) services are rapidly growing in popularity for a number of reasons. Mainly, they’re used as a powerful tool to encrypt and protect anything that connects to the internet, while also allowing people to bypass geographic restrictions and access blocked content.

When using a VPN on a mobile device, you have two options:

Using the built-in VPN functionality on your iOS device (instead of a VPN app) offers the following benefits:

All you need to do is import your VPN’s configuration files onto your iOS device and then enter your login credentials. See this step-by-step guide from Perfect Privacy:

Setting Up On-Demand VPN with iOS

The built-in VPN configuration is easy to access and setup directly from your Settings area. 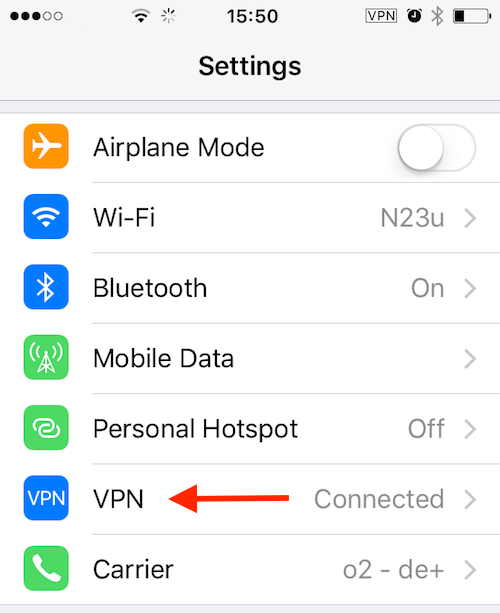 Your real-time VPN connection status will always be displayed at the top of the screen. I have found that having the “connect on demand” option always enabled does not significantly affect battery life or performance. Here I am testing the VPN connection on this IP test page. 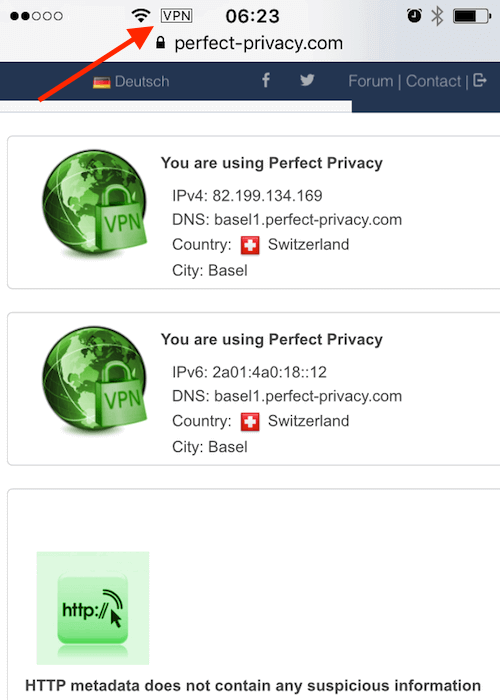 If you would rather use a VPN app instead of the built-in VPN configuration, there are a few options.

Using a good VPN app on your iPhone or iPad will be simple to setup and use, but it may not be as reliable as the built-in configuration. If you want to try an app, here are two iOS VPN apps that seem to work well based on my testing:

Whether you choose to go with the built-in iOS VPN settings or a simple and user-friendly iOS VPN app, either option will help to secure your connection and give you more privacy.

Recently there has been an explosion of malicious advertisements affecting all devices – also known as malvertising. Online ads are an easy attack vector for the following reasons:

This growing problem is even affecting major websites such as the New York Times and BBC.

You basically have two options for blocking ads on your iOS device:

You can try out the different options to see which one works the best for your unique situation.

If you go with TrackStop filter, all ads/tracking/malware domains will be blocked at the VPN server level when you are connected through the VPN. This is great as it keeps dangerous domains far away from your device, since it is a server-side feature. TrackStop blocks:

Think of every ad as a digital surveillance camera and protect yourself accordingly.

Governments, corporations, and hackers have been spying on text messages and listening to calls for years.

So what alternatives do you have to secure your messages?

To secure and encrypt your text messages you could use one of the apps mentioned below.

Signal is a great, free option that utilizes strong 256-bit AES end-to-end encryption. When you install Signal, it will integrate well with your iOS device and also utilize perfect forward security to protect your data. Signal’s code is also open source, which is good. (Signal download for iOS here.)

You can see other secure messaging apps on the privacy tools page.

Here are a few changes to enhance your privacy:

Finished! Now you have a secured and protected iOS device that will also give you unrestricted access to the entire internet (thanks to your VPN service).

This setup gives you the following advantages:

Securing your iOS device is just one step to restoring your privacy. If you’re ready to go further, check out the Simple Online Privacy Guide for a total privacy solution.