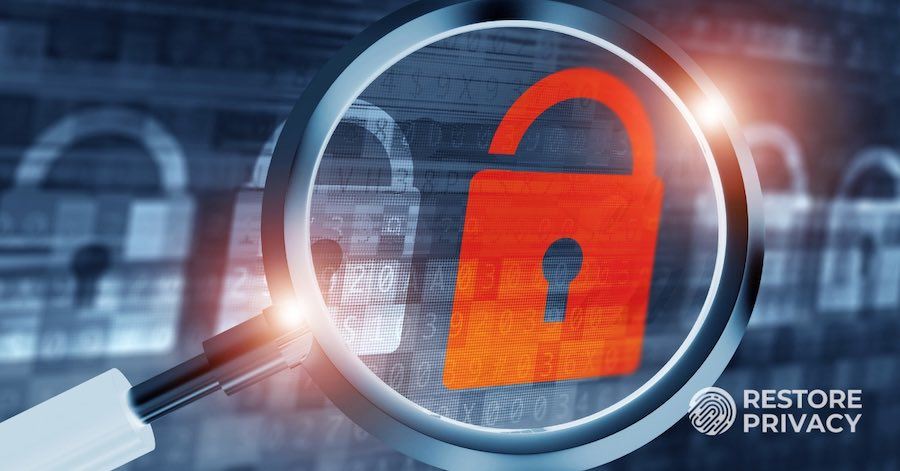 Can I let you in on a little secret?

Many of the VPNs promising “privacy and security” will actually leak your data all over the internet. This is not only something that others have pointed out, but we have noticed it with our VPN reviews (and accompanying tests) as well.

One in-depth study of Android VPN apps found that 84% of the VPNs tested leaked the user’s IP address. In other words, many of the VPN services that market themselves as privacy and security solutions are in fact leaking your IP address and/or DNS requests when you go online.

Also concerning is the fact that many VPNs have broken features. This is often the case with “kill switches” that do not effectively block traffic or “IPv6 leak protection” that does not secure your IPv6 address. It only takes one leaked packet to expose your identity and activities to third parties.

Below are basic steps for identifying:

With these basic tests, you are relying on the testing website to identify problems.

For basic tests, I like to use ipleak.net as a general all-in-one testing site (created by AirVPN) along with the different Perfect Privacy test tools.

To test for active leaks, simply connect to a VPN server and visit the test site. You are checking to see how the VPN performs when the connection is active and stable.

You can also simulate different interruptions to see how well the VPN does if network connectivity drops. For example:

One common problem we find with many VPNs is IPv6 leaks. Since very few VPN service support IPv6, they will instead attempt to block it on your operating system. However, we have found that your real IPv6 address may still be leaking, even if your VPN is connected and stable.

Here are a few testing sites you can use to check for different leaks:

Now let’s see what a VPN leak looks like.

Below I am testing a popular VPN service for leaks. You can see that I am connected to a VPN server in the UK, but it is still leaking my private data.

With the test results above, you can see that my IPv4 address matches the IPv4 address of the VPN server (no IPv4 leak). However, there were still the following leaks:

Now let’s look at an example with no leaks.

VPN test with no leaks

Below is a leak test result with NordVPN, our top-rated VPN:

Above, you can see there are no leaks with the IPv4 address matching the VPN location. IPv6 was blocked (no leaks) and there were also no WebRTC leaks. Finally, NordVPN’s encrypted DNS resolvers are handling all DNS requests. This is a perfect test result with no leaks detected.

If you want to test drive NordVPN, use the coupon below for maximum savings:

NordVPN Cyber Deal is Now LIVE:
Get 68% off NordVPN plus a FREE gift added to your subscription (1 month to 2 years free).
Get 68% Off NordVPN + FREE Gift >>
(Discount is applied automatically)

For a list of recommended VPNs that have passed all tests with no leaks detected, see our list of the best VPNs here.

The best method for identifying VPN leaks is to create a testing suite for your operating system and then run a barrage of tests to analyze traffic for leaked packets.

Creating a testing suite to capture and analyze traffic can be somewhat complex depending on the operating system you are using.

If you want to devote some time to leak testing, there is an open-source leak testing suite available on GitHub here. This is a project that was released by ExpressVPN and the tools they use to test and ensure their own VPN is secure and leak-proof.

Quick start – Check out the quick start guide to set up your test machines to identify leaks with your VPN service.

Checking your VPN for DNS leaks

The Domain Name System (DNS) is a system for converting URLs, such as restoreprivacy.com, into a numerical IP address, such as 205.251.197.66.

Without a VPN, this translation process is handled by your internet service provider (ISP). But this can be problematic because your DNS requests are clear text logs of every website you visit. Internet service providers can easily log these requests to record all browsing history of their customers. In the United States, the data can be sold to advertisers and other third parties. In the UK and Australia, the data is recorded and stored for up to two years and is available to authorities for whatever they want to do with it.

A DNS leak occurs when the translation request leaks out of the VPN tunnel, exposing the IP address (and location) of your internet service provider, as well as your browsing history. Many VPNs do not provide adequate DNS leak protection. This means your DNS requests may still go through your ISP and thereby exposing your online activities via DNS leaks.

Here are some good websites to test your VPN for DNS leaks:

To easily check your VPN for DNS leaks, first connect to a VPN server outside of your country. Then, if you see IP addresses in your country, and they belong to your ISP, then you have a DNS leak. You can see above there are two DNS requests leaking out while connected to a VPN server in the United States.

A DNS leak does not expose your IP address, but instead the IP address and location of your internet service provider (which can be linked back to you). Additionally, this exposes your browsing history via DNS requests.

Solution to DNS leaks: Find a VPN that uses its own secured and encrypted DNS resolvers. Below are four VPNs that use only their own secure DNS resolvers and did not have any leaks when I tested them for the respective reviews:

You can also manually configure your operating system to use a third-party DNS provider. Here’s a list of alternative DNS options from WikiLeaks. Keep in mind, however, that these third-party DNS services could also be logging the requests. Therefore we still think a verified no logs VPN is the safest bet.

Check your VPN for IP address leaks (IPv4 and IPv6)

IP address leaks are a problem with many free VPN services – as well as some paid VPN services.

Here are some tests sites to check your VPN for IP leaks:

Solution for IP leaks: The best solution is to simply get a VPN that does not leak IPv4 or IPv6 addresses. Another option is to manually create firewall rules that block all non-VPN traffic, but this can be a hassle. IPv6 can also be manually disabled on most operating systems, but the gradual transition to IPv6 is still underway.

A WebRTC leak test is important for anyone using Firefox, Chrome, Opera, or Chromium-based browsers. As explained in the WebRTC leak guide, the WebRTC issue is essentially a vulnerability with the browser – although there are some VPNs that protect against this. A WebRTC leak occurs when your IP address leaks out via WebRTC APIs.

Solution for WebRTC leaks: Follow the steps in the WebRTC leak guide to disable or block WebRTC in your browser.

There are many factors affecting speed that you should consider when testing. Here are a few:

Here is the record for the fastest VPN speed test result, currently held by NordVPN, with downloads speeds up to 445 Mbps:

NordVPN offers the fastest speeds with the WireGuard VPN protocol, which they call NordLynx. There are also a few other VPNs that support WireGuard as well, such as Surfshark VPN and also VyprVPN.

Malware embedded in mobile VPN applications is a major problem to be aware of with free VPN apps.

There has been an explosion of various free VPN apps available in the Google Play and Apple Stores. Just like with other free products, such as Gmail and Facebook, the platform is monetizing the user by collecting data and selling it to third parties.

One study found that 38% of Android VPN apps contain malware.

Test for malware – To test for malware, simply upload the software file to VirusTotal. The database will scan the file using over 60 different Antivirus tests. While there is a chance for false positives, some researchers define a malicious app as one having four or more positive test results.

VPNs with the best leak protection

There are three VPNs that I have found to do the best job of protecting users against leaks in all types of scenarios including, reconnections, network interruptions, and VPN crashes. These two VPNs offer the best built-in leak protection features:

1. NordVPN – Based in Panama, no logs, fast, and very secure

NordVPN remains our top recommendation, simply because it excels in all areas. Whether you need a VPN with the maximum privacy and security, or a fast VPN for streaming and torrenting, NordVPN delivers. Having passed both security and audits and privacy audits verifying its no-logs claims, NordVPN earns high marks. 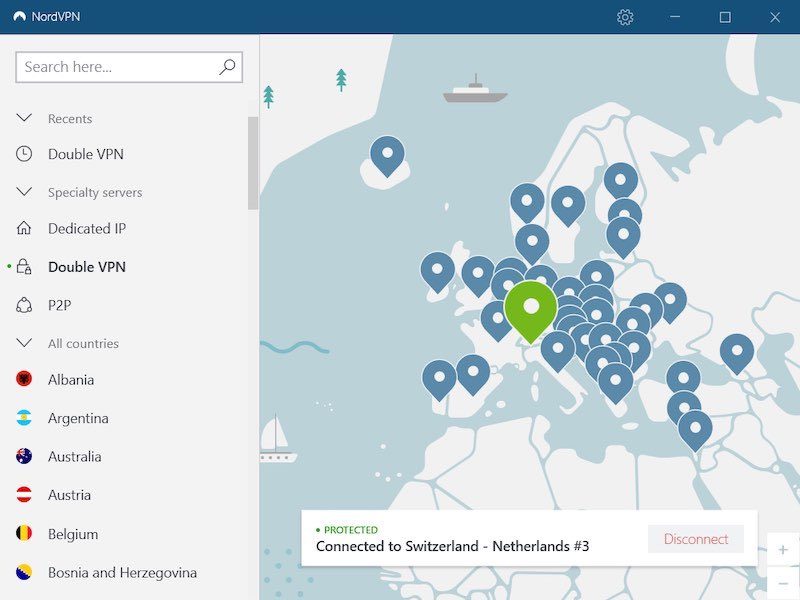 It is also a cheap VPN, coming in at around $3.71 per month with the coupon below.

Drawbacks: The main drawback with NordVPN is that the best prices are only available with long-term subscriptions, but the coupon below will give you the best savings.

NordVPN Cyber Deal is Now LIVE:
Get 68% off NordVPN plus a FREE gift added to your subscription (1 month to 2 years free).
Get 68% Off NordVPN + FREE Gift >>
(Discount is applied automatically)

Our NordVPN review also has more test results and info.

2. Surfshark – Based in the British Virgin Islands, no logs, and user-friendly

Another one of our top recommendations is Surfshark. It passed all of the VPN tests we put it through while also offering excellent performance. Both Surfshark and NordVPN now support the WireGuard VPN protocol, and can give you speeds up to 400 Mbps and more.

Like NordVPN, Surfshark is also a no-logs VPN service and has also passed a security audit conducted by Cure53. It works well for streaming and torrenting, while also offering user-friendly and reliable applications. 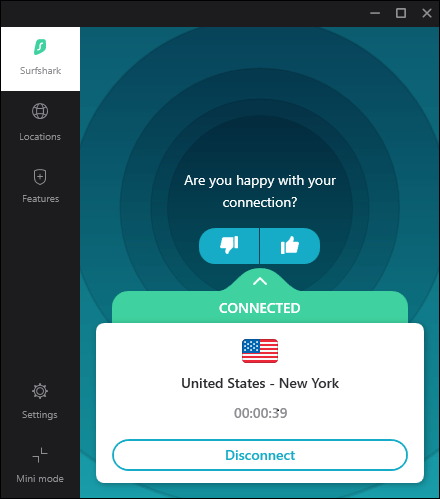 Drawbacks: Surfshark does not have the best OpenVPN speeds, and it is lacking with VPN router support.

Check out our Surfshark review for more info.

3. ExpressVPN – Based in the British Virgin Islands, no logs, secure, and very reliable

ExpressVPN is another great option for a secure VPN that does not have any leaks. It is based in the British Virgin Islands and is an audited no-logs VPN service. ExpressVPN offers a tie selection of apps for all devices that are user-friendly and security. And while it does support many streaming services, it did not perform as well with unblocking BBC iPlayer, as we covered in the Surfshark vs ExpressVPN comparison.

Unlike NordVPN and Surfshark, ExpressVPN does not support the WireGuard VPN protocol. Instead, they have developed the Lightway protocol, which also offers fast speeds and quick connections. However, as noted in our NordVPN vs ExpressVPN comparison, NordVPN still comes out on top in head-to-head speed tests with WireGuard. 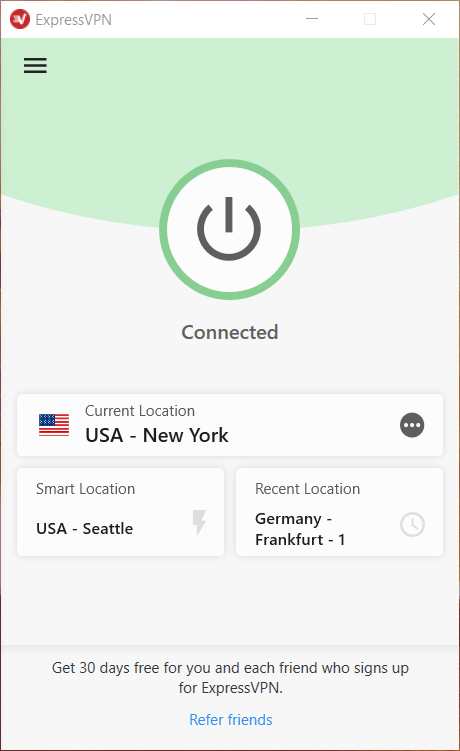 Drawbacks: Fewer features than other leading VPNs, along with an above-average price tag.

Our ExpressVPN review has more details.

OK, so you now have a reliable VPN service and you’ve tested it to ensure everything is secure. All done, right? Not quite.

We recommend running periodic checks of your VPN to ensure it is still working correctly. This is particularly important after updates, which can cause new issues with the VPN and its ability secure all traffic. Therefore you should check your VPN regularly with the VPN tests above.