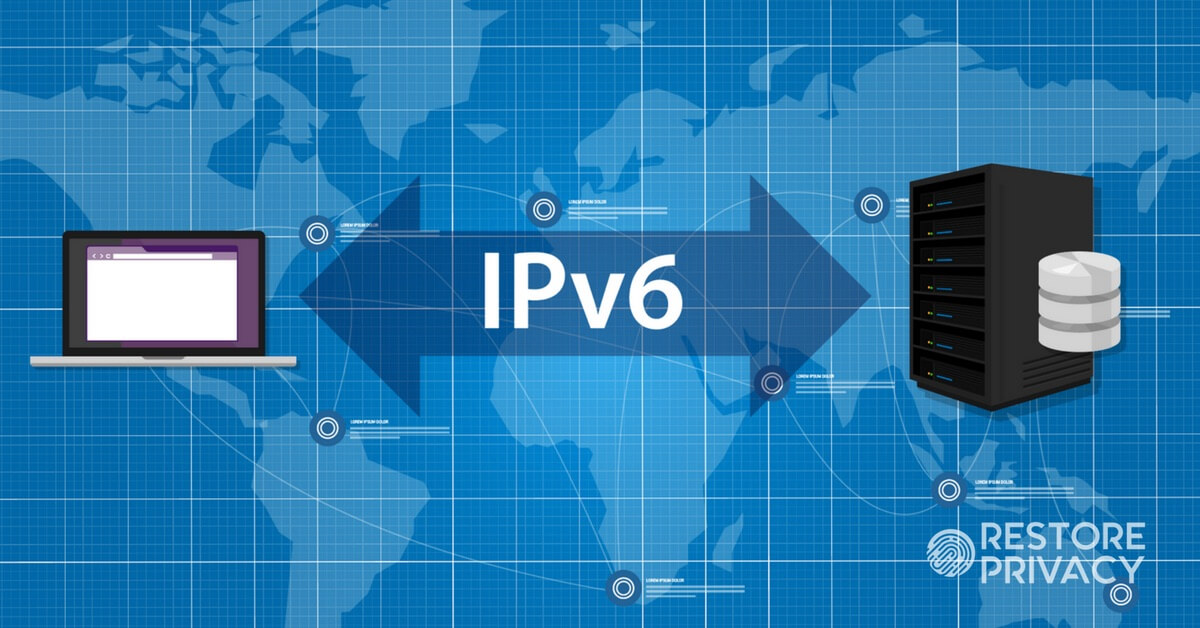 One problem when using a VPN (virtual private network) is IP address leaks. This is especially the case with IPv6 (Internet Protocol Version 6).

What does that mean for you? Your private information (IPv6 address and location) may be leaking out online while you assume your VPN is keeping you safe. But before we dig into the details of the IPv6 VPN problem, let’s quickly cover some basics.

Every device that connects to the internet has a unique IP (Internet Protocol) address. This address can be used to identify your specific device and geographic location. An IPv4 address is an IP address system that utilizes a 32-bit decimal number (like this: 192.0.2.235). But because we’re rapidly running out of IPv4 addresses with more devices connecting to the internet, the transition to IPv6 is quickly underway.

The transition from IPv4 to IPv6 that is currently underway creates a big problem for most VPN services.

Most VPNs have been slow to accommodate this transition to IPv6 and update their server networks. Of course, upgrading servers to support IPv6 is an expensive and difficult fix. Most VPNs would rather focus their resources on marketing, rather than provide their users with good quality servers that support IPv6.

That’s why when you’re looking for VPN service, always dig into the details on their servers. Most importantly, try to find a server status page that provides real-time bandwidth information. Here’s an example from Perfect Privacy:

A good server status page will show you:

Getting this information is important, because of how it affects the performance of the VPN. With so many providers over-selling their VPN service, VPN servers are often overloaded with users. This means slow speeds, dropped connections, and bad reliability for their users.

Is my IPv6 address safe with a VPN?

The short answer is probably not – especially if you’re using a cheap VPN. One study found that 84% of Android VPN apps will leak your real IP address. This massive problem leaves millions exposed, and is further explained on the VPN Warning List, which contains a big list of VPN providers with privacy/security concerns.

What should you do? First, check to see if your IPv6 address is exposed by using this IP address check tool. If you see a long IPv6 address and it’s not coming from your VPN provider, then you have an IPv6 address leak. (You should also run a DNS leak test too, but that’s a topic for another article.)

Don’t trust your VPN without testing the features.

The best solution is to utilize a VPN service that supports both IPv4 and IPv6 on their VPN server network. As we’ve already discussed, very few VPNs offer this solution.

One recommendation is Perfect Privacy which will provide you with a dual stack VPN – both IPv4 and IPv6 addresses.

When you check your IP address while connected to a Perfect Privacy VPN server, you’ll see something like this:

If you want to test your VPN for IPv6 leaks and other problems, check out the VPN Test guide.

If you want to get a VPN that supports both IPv4 and IPv6, check out Perfect Privacy.

To see a list of VPNs that were tested and found to keep both IPv4 and IPv6 secure (no IP address leaks), see the Best VPN List.