No Ads: You can support us by donating or purchasing items through our links (we may earn a small commission at no cost to you).
You are here: Home / VPN / Lawsuit Names NordVPN, Tesonet in Proxy Data Extraction Scheme 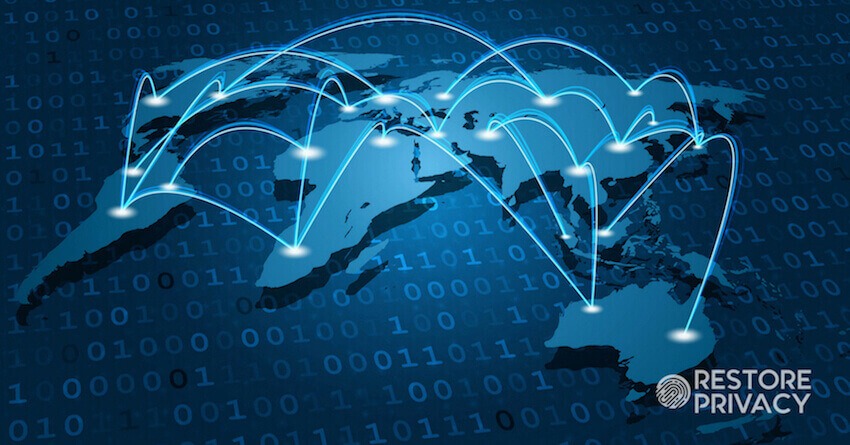 A shocking lawsuit has recently been made public with allegations involving major players in the VPN industry.

The copyright infringement lawsuit (trial info) involves Tesonet and Luminati Networks, which are believed to be the parent companies behind NordVPN and HolaVPN, respectively. The allegations within the lawsuit raise serious questions about NordVPN and whether it is in the business of reselling user bandwidth through a proxy service operated by Tesonet in Lithuania – exactly like Hola was caught doing a few years ago.

While both NordVPN and HolaVPN are well-known in the VPN industry – for different reasons – the companies allegedly behind these VPN providers – Tesonet and Luminati Networks – are less recognizable. The text of the lawsuit, however, clearly explains the relationship between these different entities:

Prior to and separate from the technology at issue in this case, Hola provided a virtual private network (“VPN”) service called HolaVPN. Between November 2015 and June 2018, Hola, had a business relationship with Tesonet related to HolaVPN and Tesonet’s VPN service called NordVPN. [Paragraph 13]

We can therefore conclude, based on Luminati’s allegations in the lawsuit, that Tesonet is the company behind NordVPN. Furthermore, HolaVPN had a working business relationship with NordVPN lasting nearly three years – only recently ending in June 2018. The exact nature of this “business relationship” is not stated in the complaint.

The case centers around allegations that Tesonet is infringing on US patents that belong to Hola (Luminati), hence the jurisdiction in Texas. The complaint further clarifies the issue as follows:

On May 22, 2017, during a meeting between Hola Chief Executive Officer Ofer Vilenski and Tesonet co-founder Tomas Okmanas, Mr. Okmanas informed Mr. Vilenski that Tesonet was thinking about entering into the residential proxy business. Mr. Vilenski informed Mr. Okmanas that Luminati has patents in this field and sent an email to Mr. Okmanas that same day confirming that Luminati would send a letter identifying Luminati’s intellectual property in this field. ​[Paragraph 14]

… the OxyLabs residential proxy network is based upon numerous user devices, each of which is a client device identifiable over the Internet by an IP address… these user devices become part of the network through the execution of Tesonet code embedded in applications downloaded by that devices user. ​[Paragraph 19]

Now where have we heard this before?

The reselling of users’ bandwidth on their devices is precisely what caused backlash that was widely reported three years ago.

This previous botnet scandal with Hola came to light with a blog post by the owner of 8chan claiming that devices controlled through the Luminati network were DDOSing 8chan as part of a botnet. We also discussed this in the free VPN guide – showing how HolaVPN users comprised the “business proxy” network, which the parent company marketed to third parties.

It’s important to note that all of this occurs without the knowledge of the end-user who installed the VPN app. Once Luminati’s software gets installed on a particular device, its owner has zero control over how Luminati’s “business proxy” customers choose to exploit the device and internet connection. See adios-hola.org for a discussion about the dangers and risks of using HolaVPN.

According to the lawsuit: 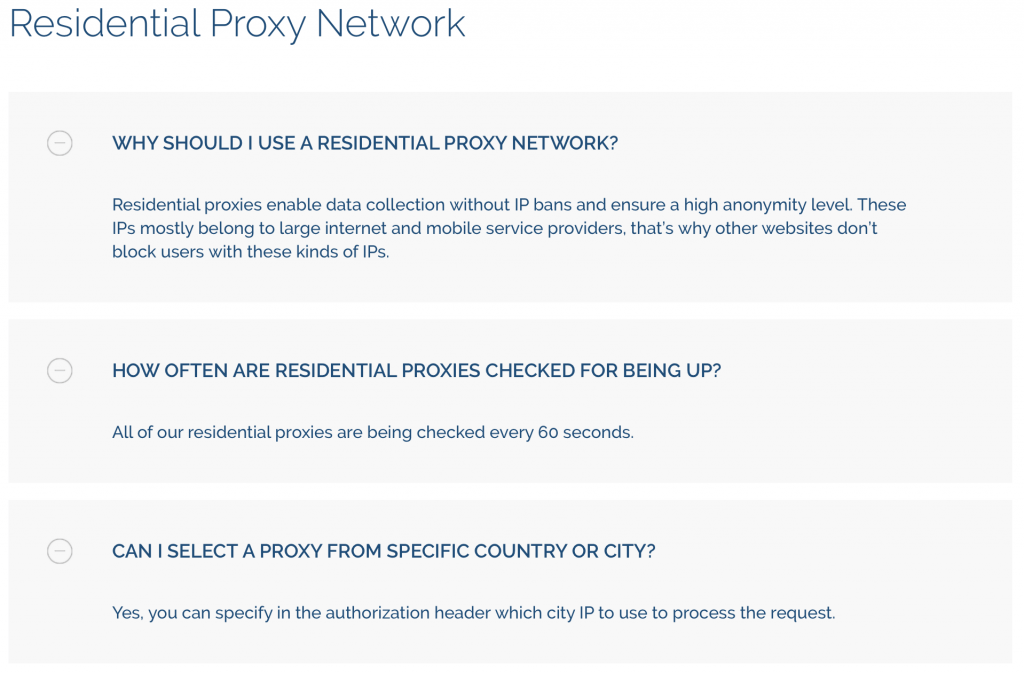 Aside from NordVPN and the patent infringement lawsuit with Luminati, another VPN provider that has been accused of having links to Tesonet is ProtonVPN – the VPN service from ProtonMail.

While some are skeptical, because the accusations originated from a rival VPN provider (Private Internet Access), there are many connections that have been verified by Proton staff.

Proton has since confirmed that they previously used Tesonet for HR and payroll for their Vilnius subsidiary in 2016, but that there is no longer any connection between the two companies. Proton also confirmed that they do not share directors, employees, or infrastructure, and do not engage in data mining. Proton has pointed to an audit of ProtonVPN by Mozilla to support their side of the story, and also posted an official statement on Reddit.

Reactions to these allegations have been mixed. While some users see these issues as red flags and cause to jump ship, others have disregarded the allegations as a “smear campaign” from competing VPN services.

ProtonVPN and NordVPN have also argued this line of defense on social media – see this response from ProtonVPN and also NordVPN’s response. ProtonVPN, in particular, has repeatedly called out Private Internet Access (PIA) as the culprit behind these allegations.

So is everything just a smear campaign to spread FUD (fear, uncertainty, and doubt) about rival VPN services?

PIA may well be working to harm the reputation of NordVPN and ProtonVPN, but that does not explain why Hola is suing the makers of NordVPN. This lawsuit doesn’t appear to have anything to do with Private Internet Access.

In conclusion, Luminati is suing Tesonet for doing the very thing that caused privacy-conscious users to abandon HolaVPN years ago: reselling users’ bandwidth.

The fact that both companies operate large residential proxy networks can be verified directly on the public websites of each provider: ​https://luminati.io/​ and ​https://oxylabs.io/​.

But we must make something clear: there is no proof or allegation that the NordVPN app itself – or ProtonVPN for that matter – resells users’ bandwidth. While the lawsuit directly mentions NordVPN, Tesonet may well have embedded the software that enables the residential proxy network in apps other than NordVPN.

Nonetheless, the fact remains that Tesonet is clearly involved in the same business that brought scandal to Hola – and is being sued by Luminati for doing just that. This is likely to be of concern to anyone considering these related VPN providers as a solution for internet privacy and security.

ProtonVPN has been active on reddit in responding to these allegations.

Since this article was first published, NordVPN has provided additional clarification, which is included in the section below.

Update 1: NordVPN has responded to the lawsuit and has offered to do a third-party audit to verify their “no logs” claims.

Update 2: There seems to be lots of confusion as to exactly who is suing who and why – confusion that could easily be cleared up if people simply read the lawsuit. Many different blogs have come out with various stories and explanations after I published this article, but they are furthering adding to the confusion by not getting the facts straight.

Comparitech even published an article where they incorrectly asserted that NordVPN was being sued for being a “botnet”. Then they attempted to “prove” that NordVPN is not being used as a botnet by analyzing traffic with Wireshark – even though nobody claimed this. As I clearly stated in the conclusion above, there is no proof or allegation that NordVPN is a botnet reselling user bandwidth – nobody is claiming that.

The lawsuit alleges Tesonet is infringing on Luminati’s patents for proxy network data extraction software (used with HolaVPN). This patent infringement likely has nothing to do with NordVPN, but rather, other apps that Tesonet may be using the code on. However, the lawsuit is still relevant for two main reasons:

To hopefully clear up some confusion, here are a few points to once again emphasize:

Update 3: I have received numerous emails asking if NordVPN is still recommended. This update will address that question (and hopefully be the last update).

Despite all of the rumors flying around online, there does not appear to be any verifiable issues with NordVPN itself. The controversy with the lawsuit and charges of “data scraping” are exclusive to Tesonet – not NordVPN.

As noted above, NordVPN still operates from the jurisdiction of Panama, which is a good location for privacy (outside of 14 Eyes). While NordVPN does have verifiable links to Tesonet in Lithuania, it is indeed under Panama jurisdiction and is legally its own entity. NordVPN has a no logs policy and has never been found to be providing information to third parties or state agencies.

Judged on its own, NordVPN performed well in the latest update to the NordVPN review – better than in previous reviews. It was temporarily removed from the best VPN list while I investigated these issues. Even though NordVPN remains well regarded in the privacy community, the ultimate question of trust is something only you can decide.

Update 4: The NordVPN audit has been completed and they are verified to be “no logs” – discussed further in the no logs VPN guide.